Hosted by FFI Members and Staff

Stay in touch with friends with these upcoming webinars, trainings, and social opportunities.

For descriptions of the Friendship Force Virtual Experiences icons above, please click here. This webinar will give ambassadors from around the world a brief tour through New Zealand and its Friendship Force clubs. It will also highlight some of the great scenery we have in this very small country at the bottom of the Pacific. The New Zealand club members hope they will be able to share it again soon with our friends from around the world. 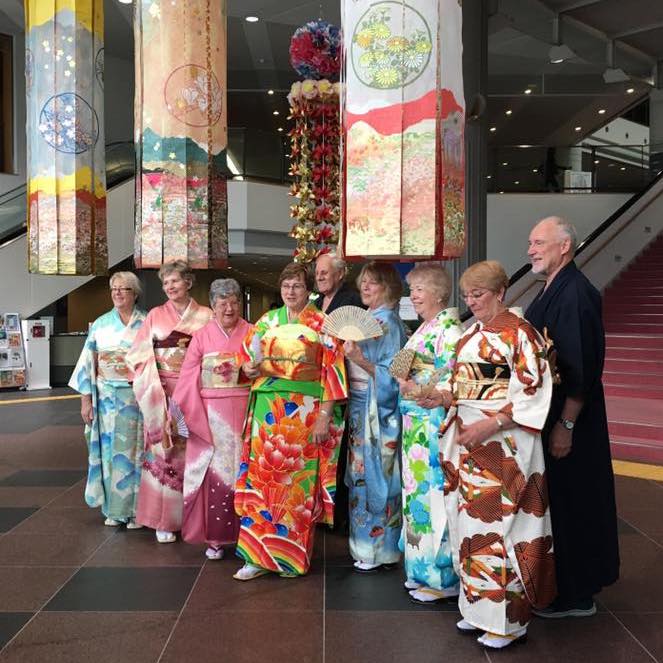 There are 1175 km between the Japanese cities of Hiroshima and Sendai, the latter being the capital of Miyagi prefecture. They lie almost at opposing ends of Japan’s main island, Honshu, yet both offer so much to their visitors in terms of historical and cultural importance. This virtual trip through Hiroshima and Miyagi will give a valuable insight into their
typical foods, culture, sites, and, of course, the warm hospitality of their peoples.

Ms. Kazue Ono is the president of FF Setouchi-Hiroshima and works at the University, supporting the students who major in the teaching of special needs. Her club is new this year, with 24 members. Kazue and club secretary, Etsuko, will show you exactly how much you’ll enjoy visiting them one day!

Mr. Taro Sakurai is a brand new president of FF Sendai-Miyagi. Although born in Japan, he went to a high school in the U.S. and university in the U.K., later working in Germany and Australia. He runs a consulting agency to attract tourists via an English Youtube channel with more than 1.7 million subscribers! 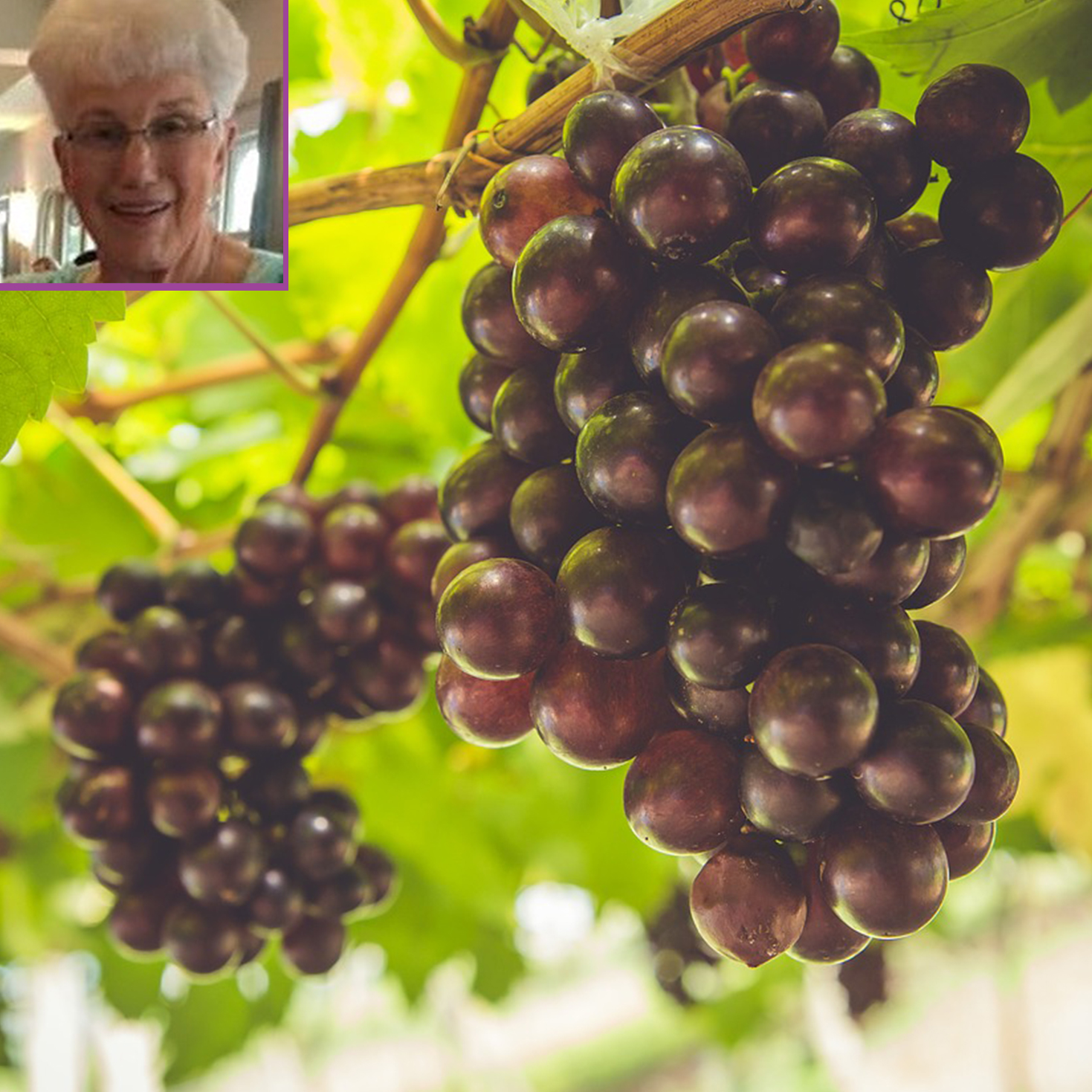 FF Sacramento invites you to an FFI Virtual Experience where we’ll hear about a special community garden, unlike many others; it has 46 fruit trees, vines that produced 36 cases of wine, and has served as the venue for four weddings!

Pat Ghiglieri will share the story of how the garden started 12 years ago, how community members volunteered to make this a neighborhood gathering place, and how they keep it thriving. 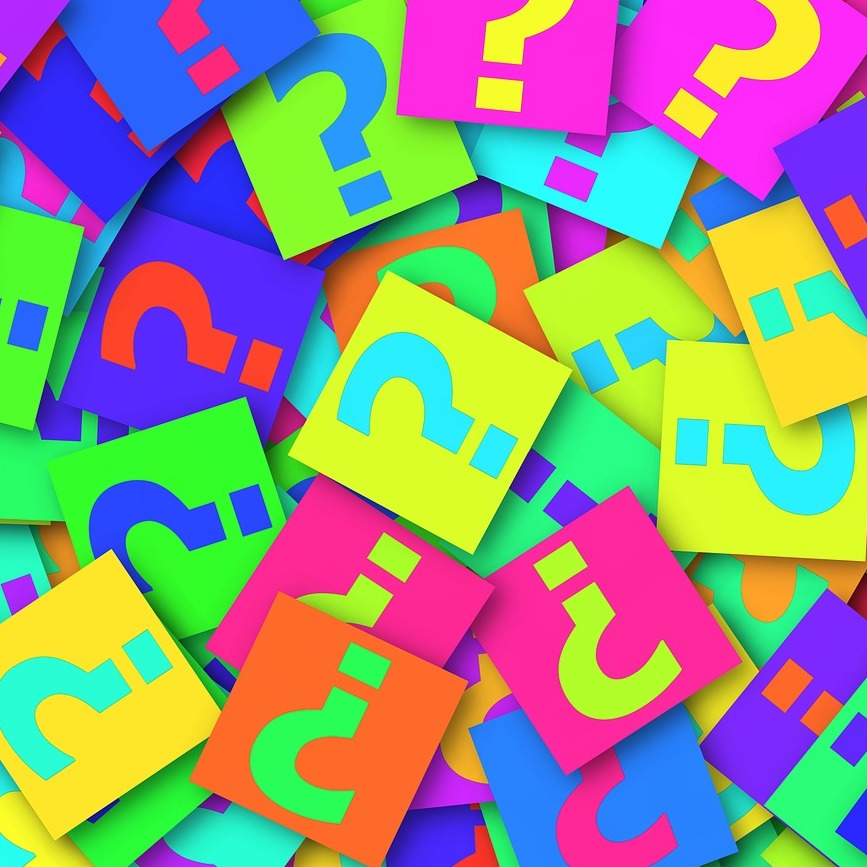 Join Friendship Force members from all over the world for this entertaining Trivia Quiz!

It’s not all about knowing the answers, but about meeting old and new friends. After a short introduction round, we will put you in virtual rooms in small teams to look at four rounds of questions. There will also be plenty of time for chit-chat!

All you need is a separate mobile phone for picture taking during the quiz. India Through the Eyes

of a Friendship Force

How would you describe India? Ina from FF Lübeck in Germany will share her perspectives on India’s diversity. Ina met the members of India’s Friendship Force club in Nashik-Riverside in 2016 and 2017, both in Germany and in India, and went on a sightseeing tour to some of the main sights between Delhi and Mumbai. Take this opportunity to hear her impressions of a wonderful Indian home stay and tour.

Click on the images or titles below to view recordings of these past Friendship Force Virtual Experiences! IMPORTANT: This event is in SPANISH. 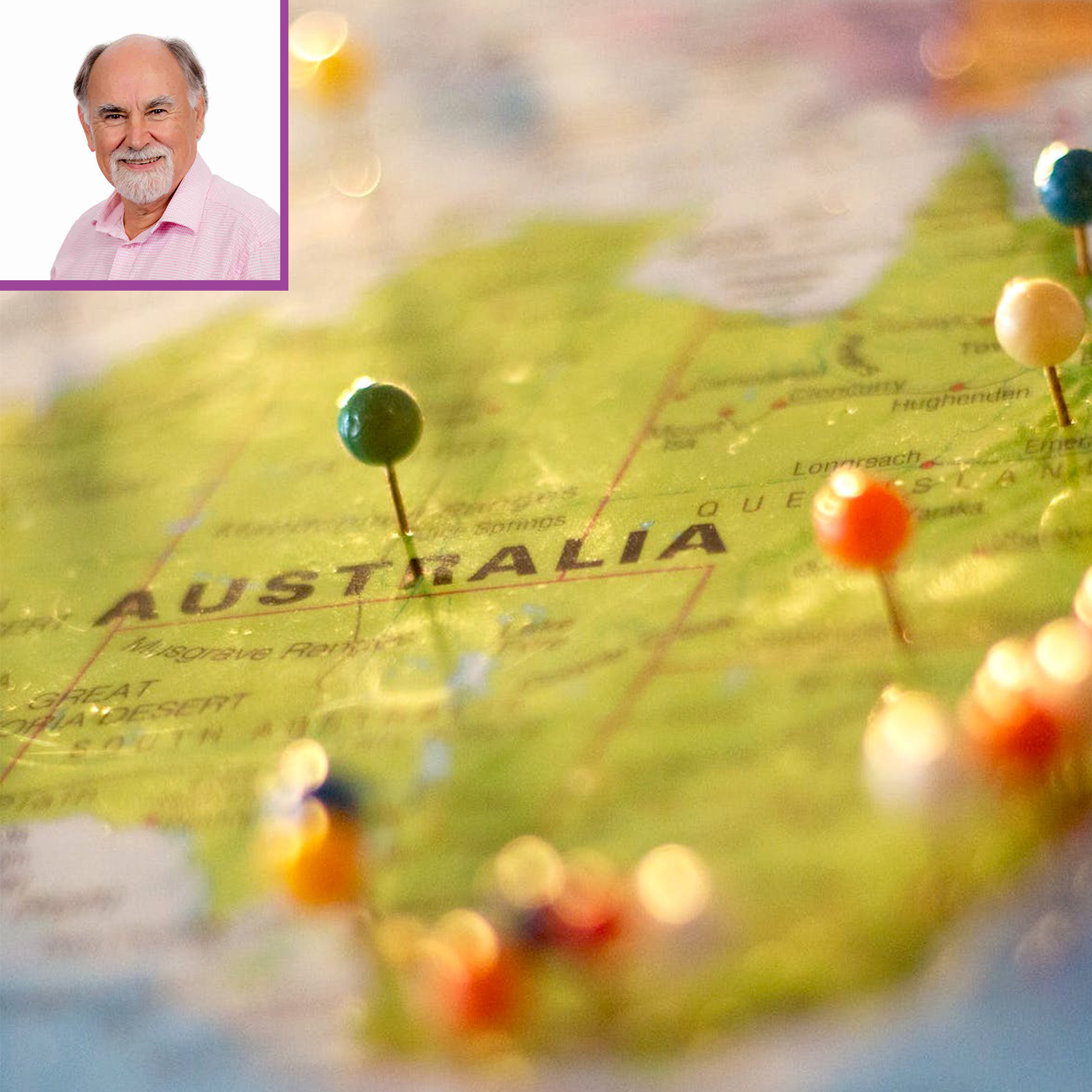 Discover Australia While Improving Your English

Ian will help you to improve your spoken English and introduce you to some Australians whom you will be able to interact with. Let us tell you about our Australian way of life. You will be a guest in Ian’s home and interact with him in his home environment and the homes of other Friendship Force members also. Isaac will take us on a virtual trip through Ghana, giving us highlights of the sights and sounds of his home country. He’ll share about his life and culture, as well as what you can expect when you visit this beautiful country. 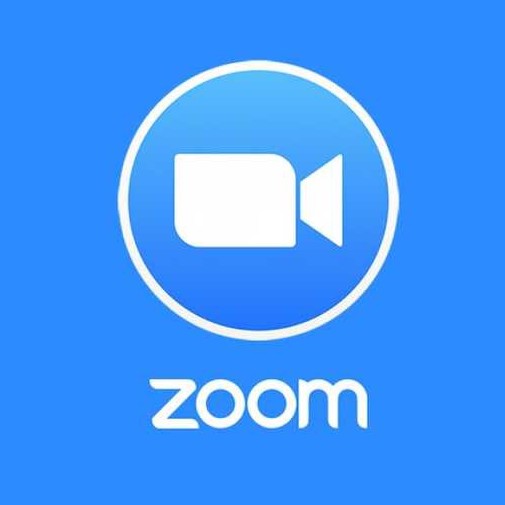 In social distancing times, it’s always good to learn as many different ways as possible to connect! Zoom is a great tool used for it. Join us for a quick and basic training on this app’s main features! Take a virtual trip through Brazil with Thiago, as he gives us highlights of the sights and sounds of his home country. He’ll share about his life and culture, as well as what you can expect when you visit this beautiful country. Join us as we explore “Faces and Places” in Brazil! Thiago Lorena, FF Ribeirao Preto, will take us on a virtual trip through Brazil, giving us highlights of the sights and sounds of his home country. He’ll share about his life and culture, as well as what you can expect when you visit this beautiful country. 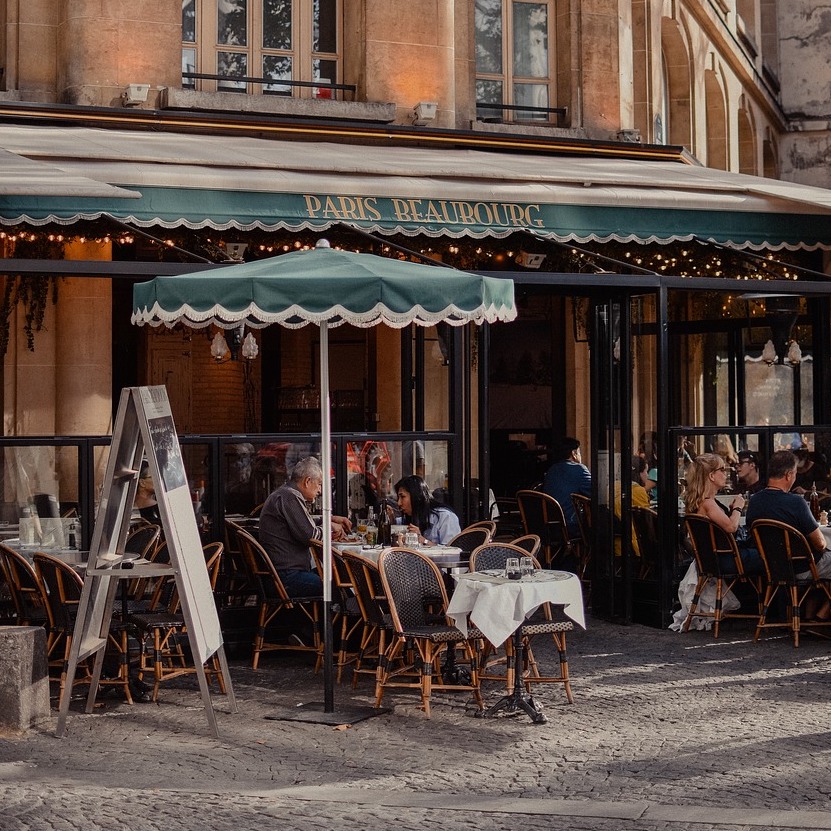 Join us as we take a virtual trip to France, where FFI staff member Valerie Malfara will tell you all you need to know about her home country. She will share about her life in France, the culture, must-see places, fun facts, and much more. 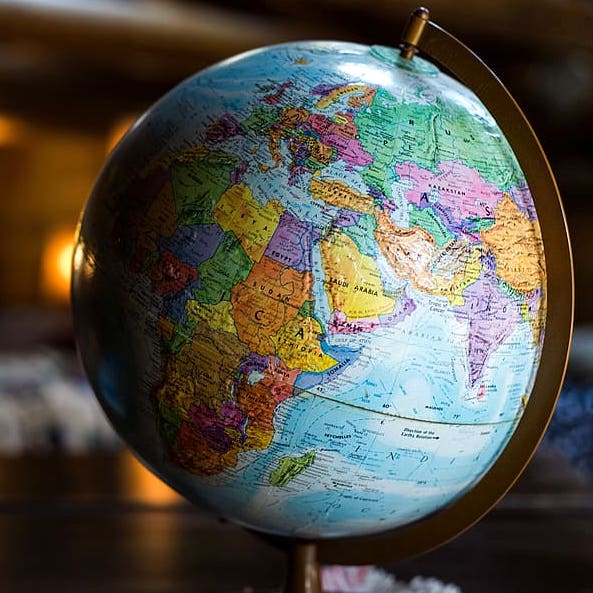 Join us to get answers to these questions and learn from a few recent successful Global Journeys. Eddy Cabrera, FF Bogota, is a professional singer and dancer. In this performance, he’ll sing themes from other countries in Latin America, and two or three in English. Rhythms represented include merengue, salsa, and cumbias. Join us to learn all you need to know before heading to Mexico. We’ll be talking a little bit of everything: cultural traditions, customs, food, tips and more! Mi casa es su casa and welcome to beautiful Mexico!

Find out more about how FFI matches clubs together in order to assign Journeys each year. This presentation will also look at planning for travel in 2022. Believe it or not, every time you eat a meal you are engaging in the act of culinary diplomacy. Culinary diplomacy is the use of food to connect people from different backgrounds. Join us as we discuss the three pillars of culinary diplomacy and how you practice it in your daily life. FF Sacramento hosts this program which is presented by Kelsey Maher, a culinary educator and program manager living in California.

Learn some new delicious salads for the summer! Tired of the same old thing? Try a few of these options. We’ll be making salads with grains, greens and fruit.

Duolingo is the most popular language-learning platform and the most downloaded education app in the world, with more than 300 million users. The company’s mission is to make education free, fun, and accessible to all. Duolingo is designed to feel like a game, and is scientifically proven to be effective. Join us to learn more about this amazing tool and be better prepared for your Journeys! Have you ever heard of WhatsApp? WhatsApp is a free app which allows you to send messages, pictures, videos and even voice recordings, as well as make voice and video calls over the internet for free. Join us to learn more about the features available in this amazing app!

Host Your Own Virtual Experience!

Do you have an interest or skill that you would like to teach others? Fill out the application form below if you would like to host your very own Virtual Experience for Friendship Force members, either within your own club or for friends around the world!